To share your memory on the wall of Abe Barber, sign in using one of the following options:

We encourage you to share your most beloved memories of Abe here, so that the family and other loved ones can always see it. You can upload cherished photographs, or share your favorite stories, and can even comment on those shared by others.

Love....Ken & Linda Ignatowski and Peggy and Ron Bau sent flowers to the family of Abe Barber.
Show you care by sending flowers

Flowers were purchased for the family of Abe Barber. Send Flowers

Posted Feb 25, 2021 at 09:20am
You were the best grandpop and great grandpop. I will always remember the nilla wafers, doublemint gum and peanut butter crackers. I will always make sure to tell Audrey stories about you, she adored her great grandpop and banging on the stove with you as laughter filled the kitchen. I always saw the spark in your eyes with her and you will be missed more than words can say. Watch over us grandpop as we all learn life without you.
Comment Share
Share via:
MB

Posted Feb 24, 2021 at 09:00pm
I have known Jake almost my whole life. He married my sister, Shirley, when I was 4 years old. He was like a father to me when our father died when I was 8 years old. I would visit my sister and Jake many times while I was a young girl. He always had an even tempered way about him that you could rely on. Jake was on the quiet side, but did speak up when it was important and he had a cute little smile. Jake always made me feel welcomed on my visits and he made the best coffee. Jake didn’t need much to make him happy; a comfortable home, his family and of course his Shirley. My children, my husband, and I thought very highly of him. We love him and we will miss him.
Ron & Peggy Bau & family
Comment Share
Share via:

Posted Feb 24, 2021 at 07:06pm
We thought a great deal of Jake, he was a wonderful man. Everybody loved his easy going and jovial nature. He had a way of making everyone feel at ease.
It’s okay to have bad days because it reminds you how much you love them and the good days remind you they’re right there with you.
You are in my thoughts and I am here for you. I am always just a phone call away. One day in God’s time, you’ll be together again. 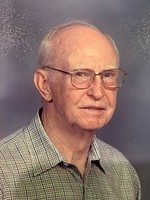 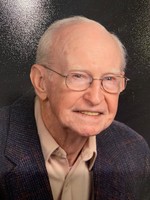