To share your memory on the wall of Gary Papazian, sign in using one of the following options:

Gary was born in Salonika (Thessaloniki), Greece, on May 22, 1930, to Suzie (Margosian) and Kevork. He attended the Melkonian Educational Institute, Cyprus, in 1947. To continue his education, he traveled to the United States and attended the Philadelphia Textile School. His story of coming to America consisted of only one suitcase and only one extra set of clothes. He would always remind his children of the financial hardships he endured to make a better life for his family.

When coming to America, Gary's connections to the Armenian community provided his networking ability to find employment and friendships. He has told many stories of working in the Armenian (Hye) hotel in Asbury Park and working in the dry-cleaning industry.

After getting married, Gary served in the United States Army, active duty from 1955 to 1957 in the 3rd Armored Division stationed in Fort Knox, Kentucky, until deployed to Germany. He was honorably discharged and took pride in the fact that he served this great country, which he loved.

The dream of owning his own business and starting a nuclear family became a reality. After being an employee of a dry cleaning store, he saved enough money to purchase the business. He lived the American dream once he signed his name as the owner of Frankford Cleaners of Grant Ave, Inc. in 1972. His network also became more extensive, and he became a Master Mason in the Joseph H. Brown Lodge #751 and a 32nd Degree Mason of the Lu Lu Shriners, just recently becoming a 50-year member respectively.

Services and interment will be private due to COVID. This summer, we will hold a celebration of life honoring his legacy.

Please, no flowers. In lieu of flowers, donations in his memory can be made to:

Print
*** Copy and Past the following link into your web browser*** https://hype.onescreensolutions.com/TFH-Bensalem Click on the "Webcast Room" radio button. Click on the "Join as Guest" button. Type in your FirstNameLastName (no spaces) in the box shown and then click the "Join Meeting" button. If required, type in the meeting ID (needed for mobile devices) and/or PIN number provided by the funeral director or family member, then click the "Join" button Once the webcast has started, you should be able to see the ceremony.

We encourage you to share your most beloved memories of Gary here, so that the family and other loved ones can always see it. You can upload cherished photographs, or share your favorite stories, and can even comment on those shared by others.

Posted Jan 25, 2021 at 06:18pm
I remember going to Gary and Sonjia’s and watching movies from their giant wall of movies on VHS! They had every movie and I thought it was the coolest!
Comment Share
Share via:
JF

Posted Jan 25, 2021 at 06:12pm
Sonia, Nicole and Gary, we are just hearing about Gary's passing now, we are so sorry for your loss. I have so many childhood memories hanging at the shops and in your home. He will be missed. You are all in our prayers. With love, Jenniffer and Scott Fox
Comment Share
Share via:
AS

Posted Dec 22, 2020 at 04:12pm
Sending my deepest condolences. I never met him but I’m close friends with Nicole. He will be in my prayers and my thoughts. Take care. Ellen Santos
Comment Share
Share via: 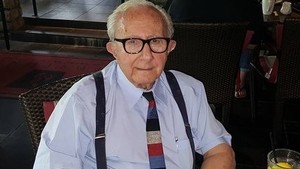