Obituary for Laurence A. Maher Jr. 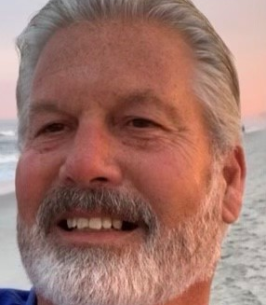 Laurence A. Maher, Jr of Bensalem, devoted husband, father, pop-pop, son, brother, uncle and friend, passed away Friday, June 10, 2022. He was 61 years old, born in Philadelphia to the late Laurence A., Sr and Averil (Tochterman) Maher. He was a lifelong resident of Bensalem and a graduate of Bensalem High School, Class of 1978. He began his career in forklifts working for JM Fork Lift Service, Inc., a business started by his grandfather, John Maher. He was most recently employed by Modern Group as a sales representative.
Music was a way of life for Larry. He was an encyclopedia of songs, artists, albums, lyrics and concerts, and he would passionately talk for hours on the history of music. He provided the soundtrack for everyone in his life. Larry also had a passion for classic cars, especially his cherished black ’65 Ford Mustang Fastback. Though difficult at times, he was also an avid Philadelphia Eagles, Flyers and Phillies fan. He treasured the memories spent with family and friends at Lake Wallenpaupack and Brigantine Beach, listening to music and having the occasional single-malt scotch & cigar. Larry was also the family “photographer”, capturing the laughter, smiles and moments that meant so much to him.
He will be lovingly remembered by his beloved wife of 37 years, Danielle M. (Butenhoff). Larry will also be proudly remembered by his two loving children: Laurence A. Maher, III (Kelly) and Chelsea Hartey (Ryan); his siblings: Laurel A. Maher and Linda Piell (Tom); his grandchildren: Madilyn Arlette and Brooks Carmichael, as well as many loving nieces, nephews, cousins and friends.
Relatives and friends are invited to attend his visitation, Monday, June 20, 2022, from 9:30 to 11:00AM at the Tomlinson Funeral Home, P.C., 2207 Bristol Pike, Bensalem, PA 19020, followed by his Service at11:00AM. Interment at Resurrection Cemetery. In lieu of flowers, memorials in his memory can be made to the American Cancer Society. www.tomlinsonfh.com