To share your memory on the wall of Marilyn O\'Callaghan, sign in using one of the following options:

Marilyn was a member of Emilie Methodist Church who enjoyed attending church activities but especially liked supporting those of the youth group. She enjoyed cooking and baking and meeting her friends for lunches and dinners. Marilyn was an avid reader who also enjoyed completing crossword puzzles and watching her favorite television shows especially those of true crime.

Marilyn was most recently preceded in death by her husband, David Patrick O´Callaghan, her son Robert Lanning, her grandaughter, Tarah Ausburn, and grandsons Russell Ausburn and Christopher Rosenau. She is survived by her daughters, Linda Ausburn and Shirley Rosenau, her son Kenneth Lanning (the baby, the favorite) and his wife, Crystal (nee Pascoe) and her daughter in law, Elizabeth ¨Liddy¨ Lanning, widow of Robert. Grandchildren Melissa Cotter (Timothy), Thomas Lanning, Kyle Lanning and Scott Rosenau, will miss her greatly as will her great-children, Layla and Nathan Cotter. In lieu of flowers, the family asks that you make a donation to a charity of your choice. Services and interment will be private. www.tomlinsonfh.com
Read Less

We encourage you to share your most beloved memories of Marilyn here, so that the family and other loved ones can always see it. You can upload cherished photographs, or share your favorite stories, and can even comment on those shared by others. 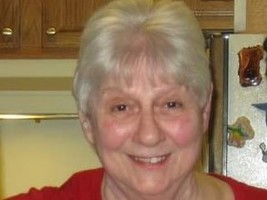 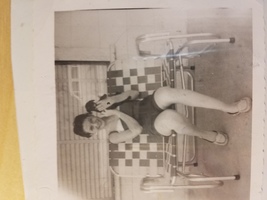