To share your memory on the wall of Robert Cimino, sign in using one of the following options:

Print
Robert Vincent Cimino, passed away suddenly at Doylestown Hospital on October 13, 2020 at the age of 41.

Rob was born and raised in Bensalem and was a 1997 graduate of Bensalem High School. He was hard working and dedicated to helping ... Read More
Robert Vincent Cimino, passed away suddenly at Doylestown Hospital on October 13, 2020 at the age of 41.

Rob was born and raised in Bensalem and was a 1997 graduate of Bensalem High School. He was hard working and dedicated to helping others. Rob spent nearly 20 years working for Wawa, mostly as a Training General Manager in the Bucks, Philadelphia and Montgomery county areas. His fun loving sense of humor and one of a kind smile will be greatly missed by so many of his friends and coworkers. He was happy to give nicknames from coworkers, friends and family; he was just as happy to receive them (Berto, Boss Man, etc).

He was a sports fan and enjoyed catching a Phillies, Flyers or Eagles game in person or on tv. Rob was a passionate collector of various sports memorabilia to display in his new "man cave". In his down time he could often be found checking out a new craft beer or some whiskey at a distillery with his wife and friends. But his proudest moments were spent watching his son Devon play football or at the playground with his daughter, Aubrey. His children were his greatest accomplishment and he was dedicated to showing them love and support each and every day.

Rob is survived by his beloved wife and best friend, Vanessa Riggi-Cimino. He is the proud and loving father of Devon and Aubrey; devoted son of Vincent and Gail (nee Zimmerman) Cimino; cherished brother of Ann Cimino; much loved son-in-law of Beatrice Melnick and Benjamin and Donna Riggi; brother-in-law of Christopher Riggi, Vincent Riggi, and Nicholas Riggi. He is also survived by a host of family, friends and coworkers, whose lives he touched in so many wonderful ways.

Relatives, friends and coworkers are invited to attend his memorial gathering on Wednesday, October 21, 2020 from 9:00 am until 1:00 p
at the Tomlinson Funeral Home, P.C., 2207 Bristol Pike, Bensalem, Pa 19020.
All attendees are required to wear a mask and practice social distancing. A memorial service will be planned at a later date.

We encourage you to share your most beloved memories of Robert here, so that the family and other loved ones can always see it. You can upload cherished photographs, or share your favorite stories, and can even comment on those shared by others.

Dennis and Pat Verona sent flowers to the family of Robert Vincent Cimino.
Show you care by sending flowers

Posted Oct 21, 2020 at 12:34am
Wishing you peace to bring comfort, courage to face the days ahead and loving memories to forever hold in your hearts. 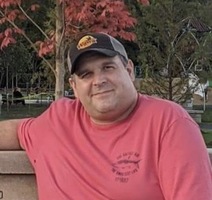